Making Managing Or Both?

One of the recurring themes in online marketing is how balance the demands of creative content generation with the imperatives of structure and management thinking including what is known as the managers timetable.

Paul Graham understands the dilemma very well and writes about this in a recent essay Makers Schedule, Managers Schedule. It is worth reading the whole essay (and as many of Paul’s other essays as you can. )

This paragraph captures the essential conflict between the two timetables.

“When we were working on our own startup, back in the 90s, I evolved another trick for partitioning the day. I used to program from dinner till about 3 am every day, because at night no one could interrupt me. Then I’d sleep till about 11 am, and come in and work until dinner on what I called “business stuff.”

I never thought of it in these terms, but in effect I had two workdays each day, one on the manager’s schedule and one on the maker’s.”

Being a problem solver in the online world requires all kind of creative and management skills and often the need to flick between different modes and experience sets. As a creative generalist I can switch from sales to business analysis to design to coding to project management and then account management all in the same day depending on the projects and clients.

That is not ideal but for many small to medium sized businesses that is the daily challenge.  If they are lucky they might have a core team of at least three people who can spend most of their time focussed in a particular quadrant.

As the business grows the challenge for business owners is to find people who can inhabit a skill-set and subject discipline in a way that brings out the best in them and their respective teams.

In adland this might be represented by a creative, a suit (sales – account manager /director) and a finance /admin team. There would also be a strategic planner who does much of the navigation between the creative (making) side and the management end of the scale. It is no accident that ad agencies are structured like this.

This type of approach makes sense for software development teams as well. However the creative element in programming is not as well understood as it is in advertising circles and it should be.

Flow State and What the Client really Wants

When working with programmers I often observe them meandering around the code universe in search of what – they are never quite sure  all the time. Certain types of programing  involves chaining functional units together in a sequence to complete several processes and perform an series of actions in a type of language and syntax so that it makes sense to co-workers and obeys certain rules and constraints.

There are different approaches of course but some variation on the simple sequencing of connected actions is built up over time to – lets say automate a business process. Once the basics are built there may be further refinements and testing against known user scenarios and other systems. There might also be optimisation and refactoring to make certain sequences run faster under expected load conditions and there might be a whole separate level of presentation design or user interface experience to consider.

Tech people sometimes talk about this in terms of layers or tiers. What most users see is the presentation layer and that might require a high level of design complexity and much more of a creative element.

The thing is that when wearing our managers hat we often lump all those types of work into a discipline called programming when there are lots really different activities going on.

Every programmer seems to have a different routine for producing “the code”.  They all seem to involve some kind of elaborate warm up where they throw out most of the previous days “work” and start again (or it might be a co-workers code.)

On the makers schedule a programmer might spend an hour or two iterating very small but elaborate steps in a process until they get into more of a “flow state” where they are figuratively and mentally warmed up and can then perform at the peak of their powers.

What the manager wants to do is bill all hours used even if some hours are not as productive as others. From the programmers perspective becomes a little like like warming up to play a piece of music by doing scales and seeming random discursive activities around a “problem” piece.

What programmers and musicians don’t always know is that when they repeat a riff is exactly where it fits in the overall composition and sometimes they just have to code around pieces until the magic appears.

From experience I’ve found that many of the best programmers are also musicians.  I don’t believe that is a coincidence at all.

Anyway what the client really wants to pay for is the golden notes at the end of the second set when the magic pixie dust starts to hit and the dance floor lights up.  That section might be only a few minutes but to get those magic moments might have taken a day of programming or a day in the studio to capture if you were a musician.

As a manager the trick to to try and balance as much of the routine low level coding and making processes with as much of the magic output process to create the best environment for staff to do this.

As managers -we should try to not interrupt the makers flow so we can all get to those golden notes as soon as possible. 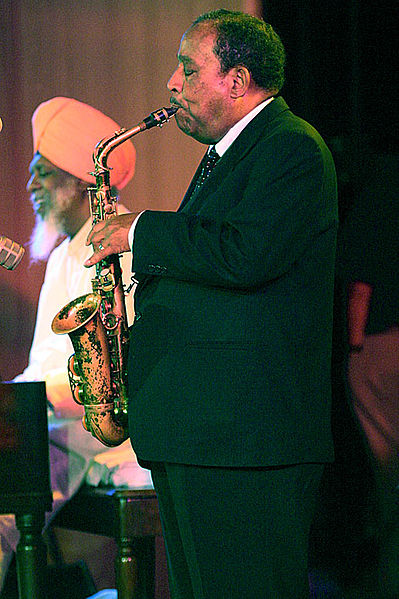 This is also the difference between good and great.

Building a great website is a bit like putting on a jazz concert starting with swing, changing the style to bebop and then closing out the set with a magnificent free jazz blowout.

Programmers can be virtuosos in exactly the same way as musicians where mastery of several languages and idioms can give rise to a new art form. To complete the analogy, as managers we set up the the stage – make sure everything works; the makers practice, practice and practice some more.

We then throw open the curtains on opening night and the makers play a set of predefined musical riffs and hope it catches fire with the audiences feet.

We hope for the same thing when we post a blog or throw open the doors on a new web based community.

In the words of Lou Donaldson (alto Sax) from a 1970 Blue Note recording of the same name.

If only it was that easy.

Managers and makers – what do you think? – are we making it easy to produce the best results for clients?

Theme by dialogCRM
Back to Top